Psychosocial and Educational Support with Children in Gaza

Funding from Towards Hope: US$5000

In early 2010, the Towards Hope Foundation was privileged to assist Mercy Corps with their important psychosocial and educational initiative with children in the Gaza Strip.

The modest contribution from Towards Hope Foundation helped the project to reach 116 children, who now exhibit improved psychosocial health after participating in the program. 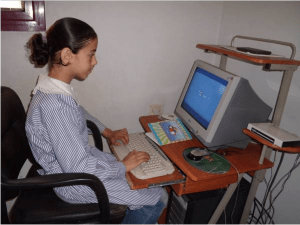 Bara lost her mother and three cousins when the family home was hit during the Israeli military invasion, Operation ‘Cast Lead’, in December 2008/January 2009.  Bara still suffers from this loss: “I still find it hard to imagine life without her.”

Bara’s family explained that Bara had become very nervous following the Israeli attack. She often hit people at home and at school, did not listen to others in the way she did previously, she appeared hyperactive and often seemed uninterested.

Bara explains that “first when I registered my name for this project, I was not sure if I would like the activities and I was afraid that maybe I would waste my time here. But very soon I started to enjoy myself. It is a great way to learn more in a fun way.  I learned how to manage my time in a good way, and how to work with computers. I even managed to pass on my new computer skills and knowledge to my dad, brothers and sisters. I am happy they can also benefit from this project.”

Bara also participated in individual counselling and guided psychosocial support sessions with other children her age. Bara’s father noticed a change in his daughter’s behaviour: “Bara now is respecting others more and communicates in a polite manner. I think it was a very successful project because I see that my child has improved and she seems happier.”

Bara says, “I want to thank Mercy Corps for this opportunity, hopefully I can come again and bring one of my friends.” 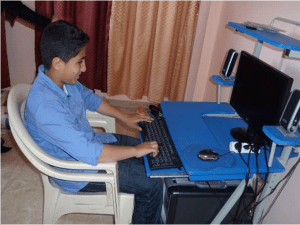 Hussein lost close family during the Israeli military invasion, Operation ‘Cast Lead’, in December 2008/January 2009.  “My father and one of my uncles were killed during the fights,” Hussein says. “Later our house was shelled by heavy Israeli missiles and burned down. We had to move to a new house.” Hussien explains that he is glad that they moved. “I feel better now that I am far away from the place where my dad was killed and our house destroyed.”

“I especially loved practicing on the computer and speaking English. These sessions were really useful and I am very happy to have learned so many new skills. I feel more confident speaking English now,” said Hussein.

Hussien also participated in individual counselling and the structured psychosocial sessions, which helped him to talk about what happened to him and his family during the conflict.

Hussein’s mother noticed the changes in her son: “I feel that Hussein’s behaviour changed positively in many ways. He has become very kind to his sisters, [where previously] he had been nervous around them. He used to be more aggressive, careless and shouted a lot at everybody, including me. Since [participating in] the project, he is more committed to school and he listens better to me. I hope that my daughters can join a project like this in the future.”

View Mercy Corps video, ‘For the children of Gaza’