Malak and her bionic ear 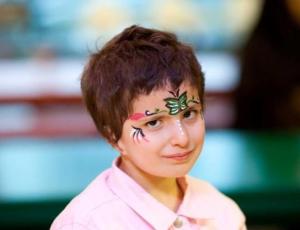 “A Gazan girl born without ears will be treated in Australia by the same surgeon who helped separate conjoined Bangladeshi twins Krishna and Trishna.” – ABC News, July 2011

“It was very shocking for me but when [she was born] she was very lovely; she was like an angel.” – Maysaa, Malak’s mother.

In 2011, the Towards Hope Foundation was privileged to assist the Al Ghoul family in Gaza, whose daughter, Malak, suffered a congenital medical condition called microtia, which saw her born without ears or ear canal. With generous fundraising from our Australian friends, Towards Hope brought Malak to Melbourne for a series of operations to give her bionic ears and hearing.

Read about Malak’s brave journey and story via these news articles:

A Gazan girl born without ears will be treated in Australia by the same surgeon who helped separate conjoined Bangladeshi twins Krishna and Trishna.

Towards Hope, a fledgling charity in Melbourne, has brought five-year-old Malak Al Ghoul to Australia for the operation which could potentially restore some hearing.

Life in the Gaza Strip is hard enough, but especially so for those with a disability; Malak, one of triplets, was the only one born with a congenital condition called microtia.

Towards Hope has brought Malak, her mother, and her little brother, to stay with an Australian Muslim family.

It was an arduous logistical and bureaucratic task to get them to Australia, and a remarkable outcome for a family that had unsuccessfully sought help in Egypt, Israel and Jordan.

Maysaa Al Ghoul says her daughter would not have had a chance of receiving treatment in Gaza.

“There are a lot of people, especially children, who need help in Gaza. Many, many things: medicine, some kind of food,” she said.

“We don’t have these kinds of things in Gaza.”
Read full article here >>>

A young Palestinian girl will fly home to Gaza tonight after surgery at the Royal Children’s Hospital in Melbourne to cure her deafness.

Malak Al-Ghoul was born with congenital microtia, leaving her not only deaf, but without ears.

The seven-year-old has been in Australia for the past 18 months as surgeons inserted a cochlear implant and constructed new ears.

“Probably the most difficult surgery to get good results in anything we do in plastic surgery in the world,” he said.

Richard Middleton from the Towards Hope Foundation, which paid for the girl’s treatment, says the operations were a great success.

“The plan was to put on external ears and give her a bone-attached hearing aid and that’s what has been achieved,” he said.

“We’re pretty happy with the result.”

Mr Middleton says she is eager to return to her family.

“I believe she’s really quite excited and her parents over in Gaza are very happy to have her going back,” he said.
Read full article here >>>